The U.S. Food and Drug Administration said Friday that it was asking manufacturers of a certain type of drug to treat nausea and vomiting to stop making and marketing the products. Specifically, the FDA is asking manufacturers of suppository drug products that contain trimethobenzamide hydrochloride to stop making them because they are not FDA-approved.

" Nausea. Oh Nausea. Rock on." Anyone know that Beck song?
What's the most nauseous to you? For me, it's the FDA's conduct toward the Autism population. Indeed, most nauseating.

Disney lets gays and lesbians have fairy tale weddings
Story Highlights according to the Assoc. Press:
• Disney letting same-sex couples use Fair Tale Wedding program
• Had limited program to couples with valid marriage licenses
• Disney says it welcomes "every guest in an inclusive environment"
• Some religious groups have condemned "gay days" at parks 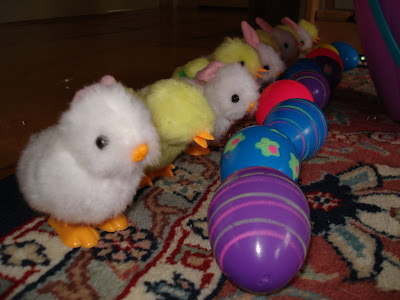 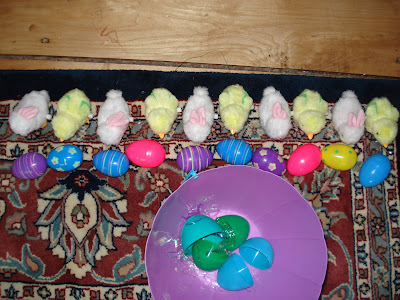 Blogger McEwen posted something about this recently. She's got a point. I walked past my living room this morning and saw this. Who did this?

And if you must know YES those bunnies and chicks are the wind-up version - I'm a fine motor addict!
Posted by AshleyLeo at 9:22 AM 6 comments:

Acceptance vs. Awareness, Can These Autism Goals Co-Exist?

I think they can. Factions within the Autism Community hurt each other by bashing each other and discriminating against each other. I've been thinking a lot about the criticism Oprah and her Autism Speaks guests have ALREADY recieved, and I am thinking about the big wave of bashing they'll get later tonight in the blogging world. It's so distressing! Here are some thoughts to ponder:

The controversial topic of Autism how now

into the mainstream. Once taboo, the media will now cover it. Oprah can now safely cover it. This is a good thing. Symantics will only improve over time, not get worse. I'm thrilled that Aspergers made it big on ABC too.

2) Autism must be marketed. Marketing 101 dictates that your message must be clear and concise. The message must be ONE big thing, something for the listener to remember and walk away with. People always complain about what the media DIDN'T cover. How can one hour represent everything people would want, let alone the major topics of autism such as genes, biomedical, therapeutic, and adult life challenges? Presenting something else along with the disabiling aspects of this disorder would confuse the layman, the message would get watered down. Niche segments are the way to go too, such as ABC's Aspergers coverage: Kids With Asperger's Syn.: 'Bullied on a Daily Basis', Asperger's Syndrome: Separating Myth From Reality, Asperger's Syndrome Resources

3)Those that know next to nothing about Autism far outnumber the adults and parents that have been living in the world of Autism for years. Most of us enlightened ones didn't automatically accept Autism. How can we accept something COMPLETELY that takes months to understand? It's hard to remember what it was like going through those early stages of the learning curve.

These newbies, the parents of young children by far are the biggest audience out there. They need our support. They need their families and communities to understand. They need funding, and often focusing on the disabling aspects of this disorder makes these things happen. The thing that drives me most crazy is our children NOT getting the support they need. The goal for most of us parents I'd think, to be able to support their children.

the beginning. The media, global understanding, and tolerance for our differences will evolve. It must start somewhere, and it's with the ABCs.

5) Here's a link to the M.D. that will be on Oprah today: Bryan Jepson, father and M.D.

Stay tuned. Finally.
Posted by AshleyLeo at 7:34 AM No comments:

Today my close friend told me her son has autism.
Today I made a play date with a classmate of Leo's, PDD-Boy, for Wednesday.
Today was Passover and Leo thought it was cool hearing about the parting of the Red Sea.
Today the kids played the piano for Grandma.
Today I repainted blackboards (the kind used with erasers) for preschool.
Today I marveled at the fact that I'm a preschool teacher. There's that planning thing again!

Friday was Parent Teacher Conferences. I was shocked to learn that Leo and his class took a standardized test for Reading called the Gates. I almost died when she pulled the booklet out of his folder. I first got angry, always my first response. I thought they started standardized testing in 3rd grade for gods sake!I started to sweat, and surmised the outcome quickly in my head. Leo didn't finish it on time, he got confused by the bubbles and such. No problem, we'll open up an IEP, he'll qualify for untimed testing, we'll practice test taking skills, and take a deap breath until 3rd grade metacognition.

None of what I predicted came true. But, Leo's teacher was a little concerned about his score - average, since his skill level, according to her, was far better. Nothing to worry about, yeah right. I wonder what this will mean for the future. Maybe spacial planning, organization, timing, or other executive functioning skills will become disabling? I'm ready if that's the case. I say bring it! She said it's his first test, and not to be concerned. She just noted that she was surprised. Okay then.

She also stated that some fine motor things are challenging for Leo. Example: they all made totem poles made of paper towel rolls and cut-out shapes that require a long thin slit to be cut. The cutting was a challenge and it took him a while to figure out the hole-poke-then-cut trick. Everything else, fine. Then she said: He is ready for 3rd grade. Say what?

Great handwriting, reading, and he has a large group of friends, one best friend, and most importantly he's very happy. He can even do geometry - copy a 3 dimensional shape onto paper. Every week he surprises me since I can link so much of the things he can do back to therapy goals. And this was a kid that couldn't copy a 2 block imitation. We worked so hard on that hand-over-hand for years (yogurt cups, crayons, matchboxes, anything he wanted).
Posted by AshleyLeo at 7:01 PM 7 comments: 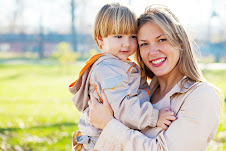 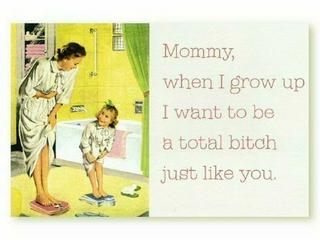